For decades, music was an important part of the school day for each and every child in America. Nearly every classroom in the nation’s elementary schools had a piano and most teachers were able to play simple songs so that the students could sing along to their favorites. Learning patriotic songs, like the National Anthem, was a must and religious songs were sometimes included in the repertoire, even in public schools. Students looked forward to performing in concerts and showing off their talents.

by Patricia Guth
For decades, music was an important part of the school day for each and every child in America. Nearly every classroom in the nation’s elementary schools had a piano and most teachers were able to play simple songs so that the students could sing along to their favorites. Learning patriotic songs, like the National Anthem, was a must and religious songs were sometimes included in the repertoire, even in public schools. Students looked forward to performing in concerts and showing off their talents.
the mr. nice dvd cover
Today, the trend towards cutting funds for music programs is an alarming one. While athletics are rarely touched, music is often the first to go. Elementary students no longer have the opportunity to learn an instrument or sing in a chorus. Because of that, programs in middle and high schools are affected and soon eliminated as well.
What a shame! More and more scientific studies have touted the advantages of a music education and the reasons for saving these programs, yet unless parents make a fuss about cutbacks, little is done to spare them.
Music and Its Affect on Children
Children who are fortunate enough to be exposed to weekly music lessons, choir rehearsals, creative movement, or general music classes reap many benefits.  We all love watching little children dance around the room with little or no inhibition, singing along with their favorite songs in a voice that’s clear and strong, though maybe a little out of tune. Music is an obvious outlet for self-expression and creativity.
But far beyond providing an opportunity to sing and dance, researchers have shown that a strong musical education provides so much more. Music, for example, develops self-discipline. The child who allots time for practicing each day is known to develop similar habits in conjunction with other subjects as well. Organizational skills increase and the child learns what it takes to be “good” at something.
Ensemble experience also builds teamwork. Band members or choristers learn the importance of being a reliable member of a group and are educated as to the importance of being a team player and not necessarily always “the star.” Participation in music ensembles also promotes responsibility. For example, if you’re the only tenor in the middle school chorus, you need to be sure that you show up for rehearsals!
Scientists have also discovered that learning to read music or play a musical instrument develops higher thinking skills. The child who is skilled at music excels at problem-solving, evaluation, and analysis. Music reading uses the same portion of the brain that’s used in mathematical thinking. That’s why so many adept musicians are also quite good in math.
For those who don’t excel academically, however, music can serve to build self-esteem. For some children, music is their one chance to shine in the middle of a day that’s filled with academic subjects that fry their brain. Singing the solo at the annual holiday concert may provide one particular child with the only kudos they receive all year long. That’s why school music programs are so important.
Studies also show that “music kids” are less likely to become involved with inappropriate habits, like drinking or drug use. A child that spends his after school time in the band room with others who enjoy similar interests rarely gets entangled in destructive habits.
Biography for Patricia Guth
Patricia Guth, a resident of the Philadelphia area, holds a degree in music education from Westminster Choir College, Princeton, NJ. For the past 25 years, Mrs. Guth has taught in both public and private elementary schools and has directed both community choirs and church choral and instrumental ensembles. She has been trained in a number of different musical methods, including Kindermusik and Kodaly.
As artistic director of the Young Singers of Pennsylvania since 1998, Mrs. Guth has traveled extensively with this award-winning choir, performing in such venues as Walt Disney World, Quebec City’s Canada Day celebration, Boston’s Faneuil Hall, Central Park in New York City, and many other locations throughout the eastern U.S. and Canada.
Mrs. Guth is also currently the Director of Music at the Ivyland (PA) Presbyterian Church, where she oversees a graded choir program.
Patricia has been married for 25 years to Gary, also a music teacher, and has two children. Son Ryan is a music teacher and daughter Emily is a dancer.
game of death dvdrip
No part of this article may be copied or reproduced in any form without the express permission of More4Kids Inc © 2006 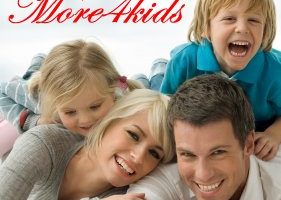 Is Your Child Ready for Music Lessons?

So Your Child Wants To Play A Musical Instrument?
Music Education – Exposing your Preschooler to Music
Comment