Motivating the young homeschooler can be an especially difficult task. Here are a few tips that may help... 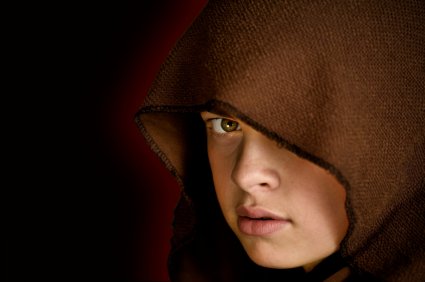 Motivating the young homeschooler can be an especially difficult task. As we approached the new school year, I became increasingly worried because of the fact that our youngest son was not quite motivated when it came to learning. We had attempted to work with him over the summer and became quite worried that he may not be on target according to the state standards, and that we would never find a way to reach him. Now, our oldest son was right on target, and continues to be. However, we had to overcome the challenge posed to us by our youngest.

If you are a homeschool parent that has faced the challenge of motivating your child, you know the frustration, worry, and pure exhaustion that comes with trying to develop plans to win the child over. While my youngest did seem to be receptive to the new super positive route we were trying, we noticed issues with that too! We started to see that if we explained a mistake that he made, it hit him really hard and he would almost close up to an extent. He seemed to develop a real issue with being “incorrect” or not getting every little thing right.

Now, I must interject at this point that my youngest has been diagnosed with Obsessive Compulsive Disorder and a mild case of Autism. I am not too sure if anyone who comes in contact could really even notice this issue. It is so mild that we have even elected to sway from medications, and simply have tried the cognitive behavior approach. I must say, on the most part, it is actually quite successful. However, I strongly feel that this school year, traces of these conditions have started to come to the surface more than ever before.

One day, as we were doing some art activities required for a Language Arts assignment on nouns (he is in the first grade), I noticed that he had the toy light saber that I had purchased for him clipped on the side of his shorts. My children are really into the Star Wars movies. Nothing pleases them more than saying a Jedi in action. It was at that point that I came up with an idea that I had never had before. Why not set up our homeschooling program like a “Jedi Academy”? Now, if you watch Star Wars, you will know that the Jedi Academy is the training that the natural Jedi’s receive in order to become the success in their world.

I did a basic search on the internet about Star Wars and the whole concept of the “Jedi” and I quickly discovered that I could easily use the information that I found to adjust it into our homeschool curriculum. One interesting thing that I discovered was the “Jedi Code” – it was here that I discovered that there are components of that particular code that can actually work with the morals, values, and lessons that I have in place for the school year. The components of the code include “self-discipline”, “service to the public”, and even “responsibility”!

As I continued my search, I discovered that there are actual Jedi ranks. They are as follows:

1. The Initiate – This is a child that is considered to have the “force” capability in them.

2. The Padawan – This is the child who begins training in his career as a Jedi (or student in the homeschool environment) once selected by a “Master” (My husband and I would act as the “Masters” and each take one of our children as our “Padawan” to start their training, or “education”.)

3. The “Knight” – This is someone who is considered disciplined and completes numerous tasks to prove themselves.

4. Master – This is someone with knowledge who could train young Padawans.

5. Grand Master – This is someone like Yoda in the movie, which is among the highest rank.

Our idea is that each school year, our boys would start as “Padawans”, and we could then create a similar ranking system that would allow them to advance as they advanced in their studies a few levels all the way up to a “Jedi Knight” status. I know it sounds a little odd, but we have found that teaching children who are in the six to seven year old age groups are really receptive to this.

Remember how I stated before that my youngest seemed to lack motivation in his studies? Now, he always wants to do “school” because this is now the “Jedi Academy”. We encourage them to use the “force” which is their motivation level and abilities to face the “challenges” that will strengthen them into Jedi Knights one day. When a mistake is made, the youngest accepts this because he knows that in order to be a successful Jedi, like Luke Skywalker, he must make mistakes to learn. He remembers the scene where Yoda works with Luke to develop his “force”, and remembers that he made mistakes too! In addition to this, when behaviors are “out of line” in the home, we kindly remind them that a Jedi works to ensure his honor at all times. This seems to quickly change the direction of the behavior.

As you can see, a little creativity can go a long way when it comes to the homeschool classroom. Perhaps your homeschooler likes another movie, like Harry Potter. You can create a “Hogwarts Academy”. If your child likes SpongeBob Squarepants make a “Bikini Bottom Academy”. When it comes to young children, the ideas are limitless. If you homeschool a teenager, you may even consider a “World of Warcraft Academy”. Carefully consider who your child is as an individual and customize their education accordingly. You will quickly find that motivating your homeschooler is a simple task!

Biography:
Angie Shiflett is a content specialist that focuses on writing on an assortment of topics. Currently, her passion is homeschooling. She has been homeschooling her children through The Connections Academy for two years now. Both her and her husband are able to remain at home with their children in order to educate them. They place a high emphasis on family, and dedication to the importance of a proper education. You may find other articles by Angie Shiflett by visiting:

were can i download master and commander: the far side of the world the movie

This article is the copyright of More4kids Inc. No part may be copied or reproduced in any form without the express permission of More4Kids Inc © 2008 All Rights Reserved

i want to watch the full movie of the twilight saga: eclipse