The average child will spend about 13 years in school prior to college, often attending one type the entire time. Not surprisingly, emotions from parents and educators can run very high when discussing the choice in education. Here are some pros and cons of each choice... 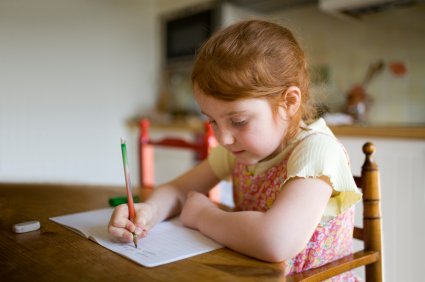 There are very few issues that have such a long-term effect on the welfare of a child as the choice of the type of school to attend. Depending on where a family may live, it can be a very tough decision. The average child will spend about 13 years in school prior to college, often attending one type the entire time.

Not surprisingly, emotions from parents and educators can run very high when discussing the choice. Advocates will stake out a position and cling to it tenaciously, seeking to find flaws in arguments for alternative choices. This, too, isn't surprising since the different camps typically have radically different starting points or outlooks.

The choice, and the arguments in favor of it, generally revolve around a difference in basic values. They ask: what is regarded as most important in education? Scholastic achievement? Social skills development? Future college or income opportunities?

Naturally, parents will have to weigh any and all of those against cost, parental time investment, legal requirements and other factors.

Those who weight one (and several other possible) value(s) more significantly or more heavily than another will tend to align themselves in favor of one choice over the others.

The outcome of emphasis on that value is debatable, but again statistics are influential. Studies show that those with higher grades, and who attend a college of choice, tend to have more career opportunities after graduation and enjoy higher starting salaries.

Others will argue, reasonably enough, that there is more to life than scholastic-style learning and the potential for increased income.

This camp will point to the increased opportunities that public school provides for social interaction. Advocates will say that it does a child long-term harm to 'put them in a bubble' for 10 or more years, then throw them out into the world unprepared.

Public school advocates will also point to the higher costs of private school and the much higher time investment (for parents) typically required for homeschooling. Kids, too, often voice their preference in favor of public school, since it allows them to associate more with those whom they already know.

Private school advocates will argue that this choice offers the best of both worlds. At the same time, they argue, prices vary and are often not as high as parents may think. Private schools often have very rigorous curricula and many rank well in studies that measure standardized test results, college entrance success and other factors.

Montessori proponents, for example, can rightly point to a track record several decades long showing students who succeed scholastically, creatively and in other measures. Wise ones will also assert the caveat that Montessori schools can vary widely in quality. Some may bear little more resemblance to another than the sign outside.

There is, of course, no straightforward way to settle such a debate without engaging in a much larger discussion of basic philosophy. Each parent will do well to examine his or her goals for their individual child and research each choice thoroughly.

What do you think? Scoll down to the bottom of this page and share your thoughts.

Motivating the Homeschooler – Thinking Outside the Box

Homeschooling Styles â€“ Which One Will You Use?
Fine Arts For Homeschooled Children, Part I
Comment