Homeschooling a toddler can be a great way to prepare your child for formal educatoin. The idea of home schooling preschoolers has been getting more and more popular in most parts of the world in the recent past. The reasons vary. Many parents who are more concerned about the safety of their children prefer home schooling. Here are some ideas and approaches to homeschooling your preschool child. 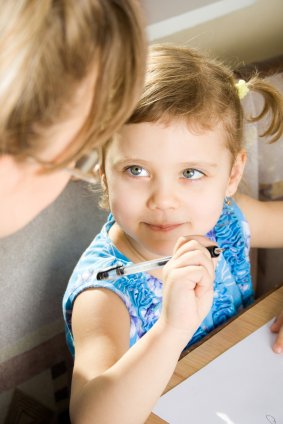 School bullying, addiction to drugs and other bad habits are cited as a major reason by the parents for preferring home schooling. Today the system of home schooling is very popular in many countries of the world especially in United States, United Kingdom, Canada, New Zeeland and Australia. Here are some ideas and approaches to homeschooling your preschool child.

The system of [tag-tec]home education[/tag-tec] system is in the process of growing and the legislation differs from country to country while in some countries the home education system exists legally while in some others the system is highly regulated and can be termed as an extension of the regular schooling. In some places it has been outlawed some others though not put restriction bylaw the system has not been accepted socially and is virtually absent.

Home schooling for preschoolers is quite common and paves the way for making the tiny tots ready for the formal schooling. While many consider home schooling as the best option in today’s chaotic school atmosphere where indiscipline and bullying is the order of the day the majority is still in favor of the conventional schooling.

However the home schooling for the preschoolers is acceptable for one and all since it doesn’t deny the children the opportunity of socializing and at the same time the advantage of the home schooling like the character building [tag-ice]religious education[/tag-ice], and discipline and decorum can be imbibed in them before they are ready for the normal school. Home schooling for preschoolers is an effective system for molding you kids to be responsible and mature citizens of the country.

Home schooling for preschoolers has to be planned meticulously and dealt with extra care. Since the argument against any system of home schooling is the competence in teaching, by parents this aspect is to be taken care of. ‘Well begun is half done’ and as such the child need to get the right direction and signals about the education as a whole in the days of the home schooling for preschoolers. A well planned curriculum and the right approach would save the kid from many embarrassments later. Adequate socialization and group activities need to be built in such a system that would help the child to perform and adjust better in the public school later on.